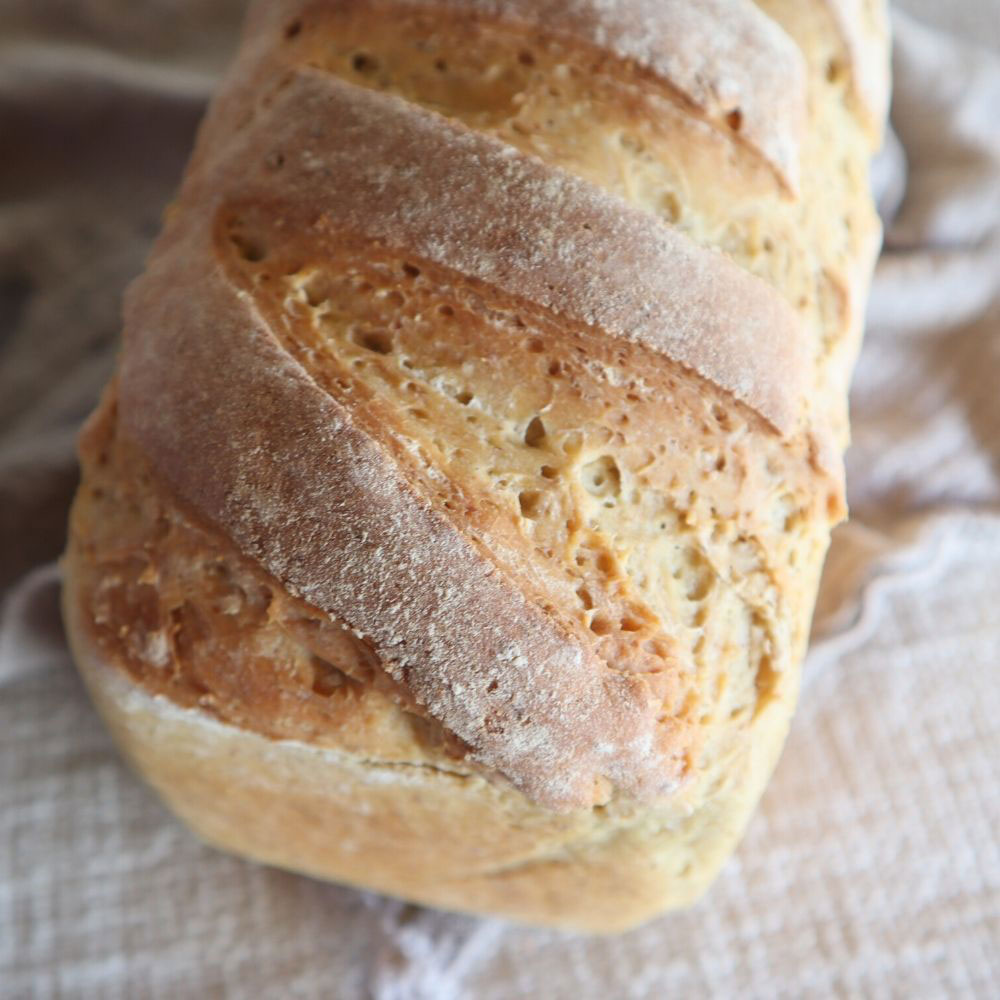 Yesterday, I shared a new recipe that we tried from Miss Parloa’s Appledore Cook Book. Her Soft Molasses Gingerbread was delicious!

Today, I thought I would share some bread-baking advice from a subsequent volume by the same author: her New Cook Book and Marketing Guide. Miss Parloa’s rules for bread making have been invaluable to me, and also to my family, who enjoy a daily bread that is much improved for my having read and applied them.

I cannot tell you how much I appreciate that this volume makes no assumptions where so many other cook books do – namely, that young cooks already posses the knowledge to skillfully execute the recipes most needed for running a healthy home.

It is unfortunate that the daily bread of so many families is not all that it could be – light, well-made, and most healthful. With the same (or less!) expense in materials, plus the attentive application of the bread-making rules below, even the simplest ingredients in the humblest of kitchens can truly be made into loaves fit for a duchess.

What follows below is a full excerpt of the bread-baking advice written by Miss Parloa, at the beginning of the bread recipes section of her New Cook Book and Marketing Guide. I hope you find it as invaluable as I have!

When you put the bread on the board, pat it lightly. Do not press down, but let all motions be as elastic as possible. Knead with the palm until the dough is a flat cake, and then fold. Keep doing this until the dough is light and smooth and will not stick to the board or hands. Use as little four as possible in kneading. Do not stop until you are fully finished, for bread that has “rested” is not good. Milk can be used instead of water in mixing. It should always be first scalded, and then allowed to cool to blood heat. One table-spoonful of lard or butter makes the bread tenderer when water is used.

In cold weather some kitchens grow cold very quickly after the fire is out. In this case the bread should be made earlier in the evening, and set in a warmer place (about eighty or ninety degrees); because if it begins to rise within the first two hours, it will continue to rise, unless the temperature falls to the freezing point. The reason for letting the rolls rise longer than the loaves is, that the former, being smaller, are penetrated by heat much more quickly than the loaves are, and, of course, fermentation is stopped sooner; therefore, the rolls do not rise as much in the oven as the loaves.

Rolls should be made into smooth little balls, and should be placed in even rows in a shallow pan. Breakfast rolls are first made into little balls and then rolled between the hands until three inches long. They are placed close together in even rows in the pan. Dinner and French rolls, after being made into little balls, are put on a well-floured board, and a little, well-floured rolling-pin, two and a half inches in diameter, is pressed nearly through their centre. The rolls are to be so placed in pans as not to touch each other. Being so small, and baking so quickly, they have a sweet taste of the wheat.

The best-sized pan for loaves is made of block tin; is eight and a half inches long, four and a half wide, and three deep. Those for wheat bread should be greased very slightly with either butter or lard. For rye, Indian, or Graham, they must be greased thoroughly, as the dough clings more to the tins. There are many kinds of bread that can be made readily and safely after once learning to make good common bread. It is difficult to give exact rules for flour, as it varies, some kinds requiring much more water than others. The “new process” flour has so much more starch, and packs so much more closely than the “old process,” that one-eighth less is required, or one-eighth more of liquid; but if the flour is weighed, the same amount of water is taken for a pound of flour made by either process. The best flour is always the cheapest for bread. As there is no one article of food of so great importance for the health and happiness of the family as bread, make it as nearly perfect as possible.

Get my free e-book of favorite 1800’s recipes